Restoration Work on the Padding from Paper Doors

A Time Capsule from Old Buildings

The earthquake and tsunami of 2011 caused damage to many of the old buildings remaining in Miyagi Prefecture. Some of these buildings were damaged beyond repair, and have had to be demolished.
When Miyagi Shiryō Net learns that a historical building is going to be demolished, we obtain permission to investigate the building to see whether there are any old documents or other historical materials left behind in the building in some way. In particular, we look to see whether there are any paper sliding doors (‘fusuma’) left in the building.
Paper doors are made by building a framework skeleton, pasting thick layers of paper padding over this on both sides, and then covering it all up with a decorative outer layer. Previously, people used old account books, ledgers and letters and other discarded pieces of paper, usually paper with outdated but important information written on it, as the padding in the paper doors of traditional-style buildings.
When we find discarded or unused paper doors, we take them apart to extract the padding inside. We then soak the padding in water to wash out the starch-based glue holding it together, and then restore the contents to a readable condition. To date, we have discovered administrative documents which were most probably created in an office within Sendai Castle, and documents recording events at the local level during the Boshin War (1868-1869, fought between domains of the Tōhoku Region and those of Western Japan).
The documents we have recovered from the padding of paper doors are proving to be a veritable time capsule giving us lost information about the history of this region 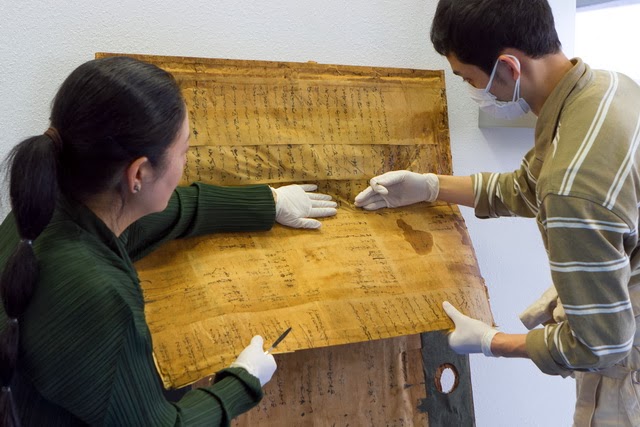 Removing documents used as inner padding for a sliding door (May 2011). 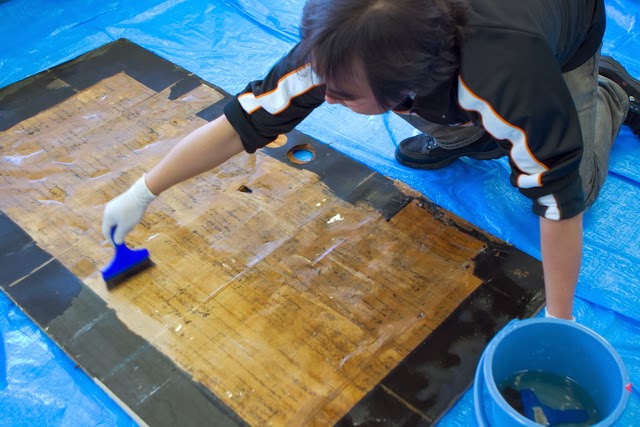 The documents come off the inner framework of the door in several layers which are congealed together. These layers of documents are then soaked in an enzyme solution (As above) 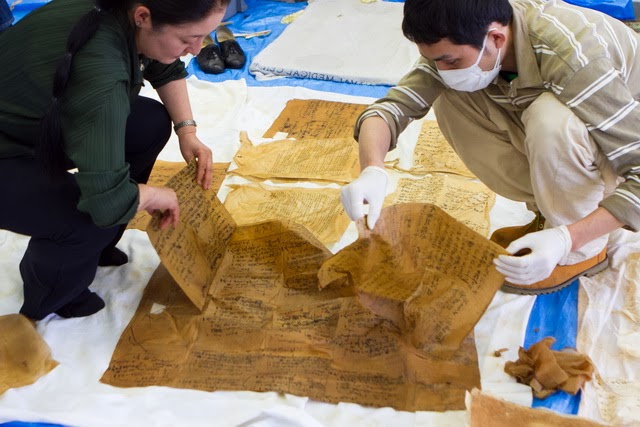 Taking apart the layers of documents from inside a sliding door (As above). 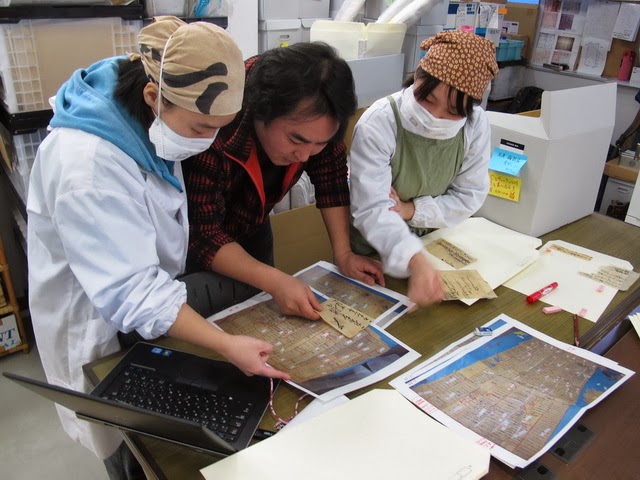 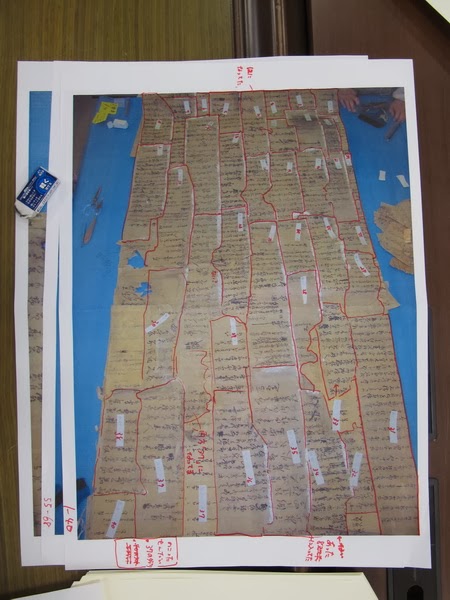 Creating a record of the original condition of the sheets of documents when taken out from the paper doors (As above).