Four new titles in the Miyagi Shiryō Net 'Historical Regeneration Project' have been released by Banzan Shobō in June 2015.

竹原万雄『明治時代の感染症クライシス コレラから地域を守る人々』
People are concerned today about the spread of fatal diseases such as Ebola and Dengue fever, but the fear of breakouts of epidemics has always been a part of human history. In 1882, a major epidemic of cholera broke out in Japan, causing a total of 337,784 deaths. In Miyagi Prefecture, the death toll rose to 2,361. In this booklet Takehara portrays the efforts of doctors, police and civil volunteers who struggled to prevent the spread of the disease within the administrative area of Ishinomaki. J.F. Morris "The World of the Stewards (Rusu'i) of Sendai: Backstage in Samurai Society"

J.F.モリス『仙台藩「留主居」役の世界 武士社会を支える裏方たち」
This book provides a unique glimpse into the world of the 'stewards' (rusu'i) who managed the castletown residences of high-ranking retainers of Sendai Domain. Under the fief system of Sendai Domain, their masters who held fiefs of several 100's of 'koku' through to over 10,000 'koku' periodically rotated their residence between their fiefs and their mansions in Sendai. The stewards who were responsible for the day-to-day running of their Sendai mansions carried enormous responsibilities and workloads, and acted as the negotiators behind the scenes who bore the burden of maintaining the intricate power relationships  underpinning samurai society in Sendai Domain. 安田容子『書画会の華やぎ 地域に息づく遍歴の文人たち』
In the Meiji Period (later c19th), parties to appreciate fine brushwork (painting and calligraphy) were commonly held throughout Japan by people who engaged in poetry composition, calligraphy and painting. We can find records today showing these people in the Ishinomaki region were no exception to this national trend. Local residents opened up their homes to visiting literati, both famous and unknown, who interacted with local people and left many examples of their artwork as payment for their hospitality. 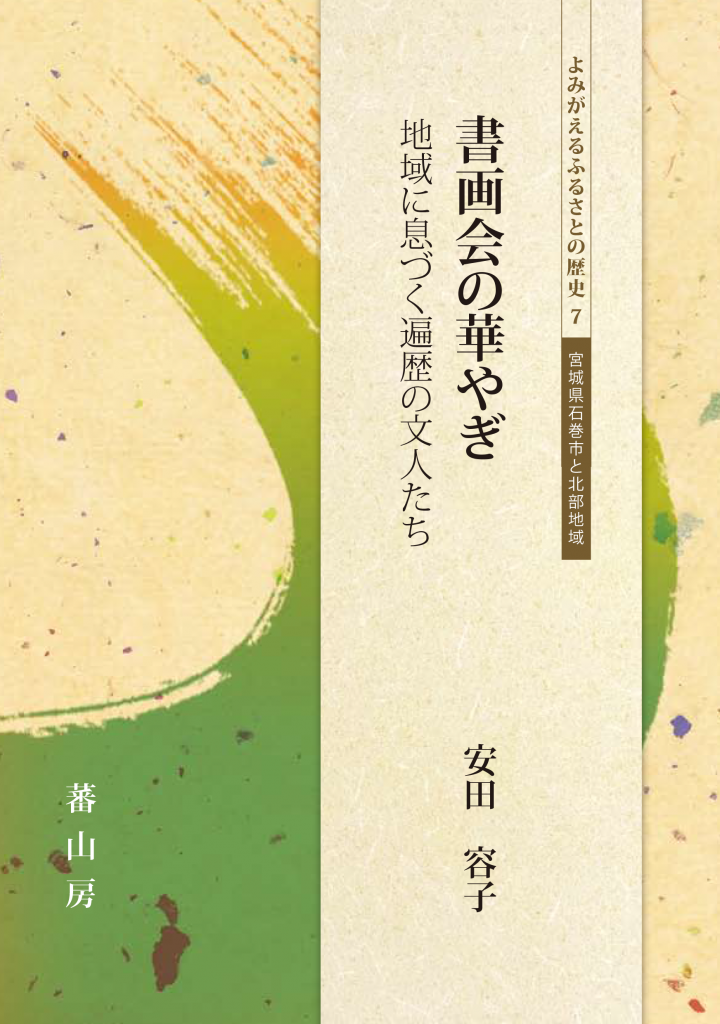 NANAMI Masato "The Warrior Bands of the 'Ocean-road:' The Rise and Fall of Local Warriors in Coastal Fukushima in the 12th to 14th Centuries"

From the Kamakura Period to the Schism of the Imperial Court (12th 14th centuries), major changes took place in the warrior bands along the 'Ocean-road' (kaidō; homophonic with 'highway'), the seaboard region of current Fukushima and  southern Miyagi Prefectures. Local warrior groups used a range of stratagems to adapt to and survive the invasion of their region by the Kamakura Bakufu in the late 12th century. This booklet looks at how people in Sōma and Futaba Counties, both severely affected by the tsunami and nuclear reactor explosion of 2011, survived another form of upturning of their society 800 years ago. The books may be ordered from the publisher at the following site (Japanese)
http://banzanbou.com/ .The list price of the booklet is 800 yen (plus sales tax). If you order from overseas, you probably should contact the publisher directly about shipping costs.