Four new titles in the Miyagi Shiryō Net 'Historical Regeneration Project' have been released by Banzan Shobō in March 2016.

No. 9
TAKAHASHI Yoshitaka "A Social History of Forestry in Sendai Domain: The Forests and People's Livelihoods on the Sanriku Coast"
高橋美貴『仙台藩の御林の社会史 三陸沿岸の森林と生活』
When talking about the Sanriku Coast, the teeming fisheries of the region usually come first to mind, but the region also has extensive forests covering the mountains which line the coast. In the Edo period, the abundance of timber and proximity of water transport meant that Sendai Domain set up extensive forest plantations in the mountainous hinterland. The marine products processing and the salt-making industries in the ports along the coast consumed large amounts of firewood and charcoal from the forests. This booklet examines the interaction between the people who lived between the sea and the forests, and the history of the forests themselves.

No. 10
Kikuchi Keiko "The Coastal Forest Plantations of Sendai Domain Village Life: Planting Black Pines as Disaster Prevention"
菊池恵子『仙台藩の海岸林と村の暮らし クロマツを植えて災害に備える』
The replanting and consolidation of the coastal forest plantations destroyed by the tsunami is being done as part of the recovery plan after the Great East Japan Earthquake. It is little know that these plantations have a long history. This booklet looks at the history of how these forests were managed from their beginnings in the 17th century. The plantations played an important part in the lives and livelihoods of the villages along the coast of the Sendai Plain. They were disaster prevention and mitigation measures, provided fuel, fertilizer, and food, especially emergency food in times of famine, and provided nourishment for sea life offshore. This booklet examines the role of the forest plantations on the Sendai Coastal Plain. 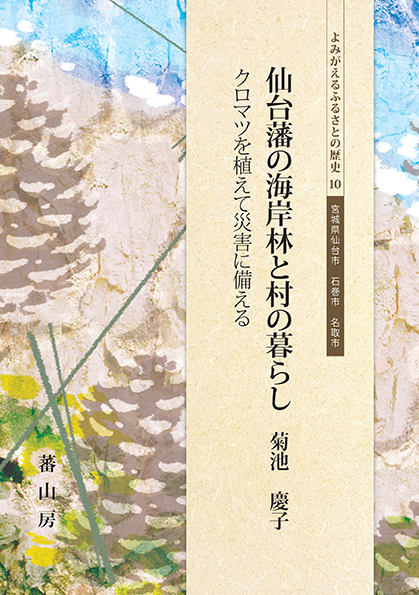 No. 11
AMANO Masashi "Memory and Historical Documents: The Endō Family Documents and Preserving Historical Documents"
天野真志『帰国が歴史資料となるとき 遠藤家文書と歴史資料保全』
Since the Great East Japan Earthquake of 2011, the preservation of historical documents has become a matter of preparing for future natural disasters and loss of documents due to changes in local society. The recently discovered Endō Family Documents span a period from Japan's medieval to early modern age. The booklet examines the process whereby a private collection of documents turned into a collection with public value. 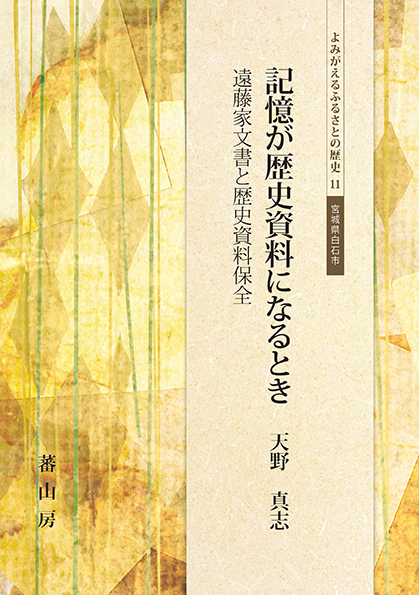 No. 12
SATŌ Daisuke ”Cooperation and Recovery after Mega-Disaster: The Maruyama-Sasaki Family's Grain Storehouse and Salt-Pans"
In the later half of the Edo Period (c1750 to 1850), an old established family who lived near the mouth of the Kitakami River in present-day Ishinomaki, worked together with the lord of the village and the villagers to inure their village against devastating damage from the famines which periodically lay waste to the region. The family built a grain storehouse to provide emergency food in famines, and opened up salt-pans to provide a new source of cash income for the area. This booklet documents the struggle of the people living at the mouth of this great river to make their village a secure and thriving community. 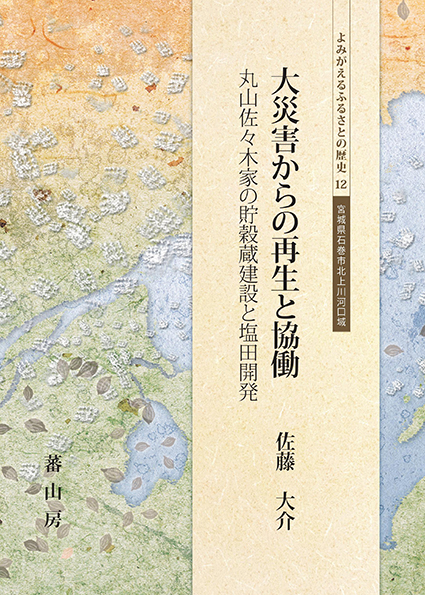 The books can be ordered from the following address: